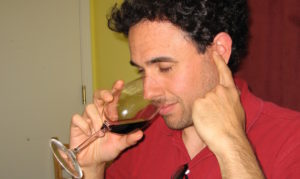 Partially deaf jazz fusion drummer Kenwood Dennard once wrote about his disability and how it puts large amounts of stress and limitations on his work when playing more rigid or heavily composed styles of music. Throughout his struggles, he described the way he rehearsed as “hearing with my eyes.” In other words, he finds it easier in his playing with other musicians to look for visual cues, rather than relying on audio. He succeeds more by rehearsing with video footage, rather than with sheet music or the recorded works of the music he needs to memorize. As a fellow musician and hearing impaired person I find this exciting, fascinating, inspiring, and excruciating. Luckily for Dennard, he’s an amazing drummer who has a logged history on some incredible projects. His reputation is no match for his near deafness.

The “hearing with my eyes” concept applies to most of what I do in life. Dennard’s plight is applicable in just about any social scenario: business, school, work, sports, creating music, and relationships. A hearing impaired person’s brain works to first locate a visual cue — or a gut reaction — before anything else.

When I was five, I was diagnosed with hearing loss in both ears. A loss of hearing, or impairment, is a different kind of disability than deafness. While being deaf comes with its own culture and language, hearing loss is a largely invisible disability that can cause mental, psychological, learning, and overall health problems. While I do have problems with volume, there are certain frequencies I hear better than others. And the environment in which I’m listening to someone, or something, plays a huge role in my hearing success.

There hardly exists a symbiosis between my ears and new experiences. And what I mean by that is when I start or learn something new as an adult, my hearing loss is first and foremost my biggest concern as a possible barrier or roadblock. Whether that means retaining information, missing social cues, or the act of listening. Like most individuals with moderate to severe hearing loss, my brain works overtime to process not just sounds, but the information flowing through my body. It can result in feelings of defeat, insecurity, introversion, and exhaustion.

Or I can adapt, continue to be open and up front about my lack of auditory skills, and power through with the knowledge I have always had by my side: that making excuses is not an option.

Growing up hearing impaired makes your brain function on overdrive when it misses auditory cues. The brain searches for what it might have missed: whether it’s a teacher teaching, dialogue in a movie, or someone sitting across the table in a restaurant trying to engage with you. A person with hearing loss will typically exhibit a knee-jerk reaction and cover their tracks by pretending to fully hear what was said. Many times, they will also fill in the blanks with a random number of words he/she thought they missed. These are reactions that are sometimes uncontrollable and will eventually backfire. There can be a series of misunderstandings, backtracking, and just plain miscommunication (or, missed communication). Someone like me can work to avoid these behaviors by being more open and transparent about the hearing loss and trusting the acceptance and understanding of others.

How do you explain specific brain activity caused by hearing loss and missed auditory cues to someone who hasn’t experienced it? That’s the challenge with most impairments and disabilities, I suppose. Unfortunately, the concept of impaired communication with your fellow human can be downright exhausting.

My intelligence doesn’t make up for the fact that even in the best possible environmental circumstances for me hearing someone else, the brain still needs to search optimize the content I’m thinking before it spews out of my mouth. Not only does hearing loss cause this entanglement of “what-was-that?” and “excuse-me?,” but it also forces a breakdown in searching the language and formulating the sentences and statements before they’re actually used verbally. If it takes a while for me to explain something in person, the above scenario is generally the case.

The positive, motivating, and joyous thing about experiencing all of these things with hearing loss is that it has made me an amazing listener. It’s exhausting at times, but as an introverted kid growing up, the act of listening was made with a conscious effort out of necessity and it has reaped its rewards as time has progressed. And in highly regarding my listening skills, my love of — and skill in — playing improvised music has exceeded exponentially.

Living with hearing loss has made me a profoundly focused listener, but that’s not limited to face-to-face conversations. Like Kenwood Dennard, hearing with my eyes, while potentially taxing, works for me.

Over 50 million Americans suffer from impaired hearing and many are in denial or simply unaware of it. I’ll keep advocating for myself and others to raise more awareness for this invisible disability.