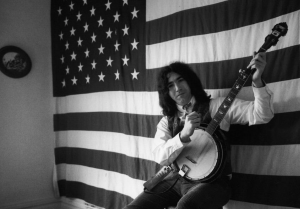 I have a confession: I’ve read every single book about the Grateful Dead and Jerry Garcia. The scholarly ones, the rags, the official bios, the unofficial bios, tell-alls, archive release liner notes, and even books that just list setlists.

It’s Jerry’s birthday today. And as expected (and welcomed!), friends flooded the Facebook spheres with recollections of joy, nostalgia, camaraderie, and most importantly, his music.

I didn’t know Jerry and never met him, but I was fortunate to see him play eight times. He was slowly dying at all of these shows.

What I gleaned from all the things I have read is a trend. A trend that recalls tales of Jerry’s difficult relationships, his life constricting addictions to bad food and hard drugs, and a dark [and sometimes depressed] soul. He didn’t want to be lauded. He didn’t want to carry stadiums on his back.

It’s what Jerry gave to us, his fans, that deserves the utmost recognition and adoration it generates. Year after year, cycles of generations flocking to see his old bandmates and younger musicians celebrate his music.

From his darkness came joy, light, hope, and love. He wasn’t strong enough to win the war with his body and mind, but he was so talented and generous to give us beauty.

(Maybe you know someone like this? And maybe the beauty within them is struggling to get out.)

So thank you, Jerry. Thank you for creating music and writing songs that will undoubtedly be celebrated for centuries by the last ever Deadhead standing.

Photo of Jerry Garcia in San Francisco by Herb Greene, 1966.